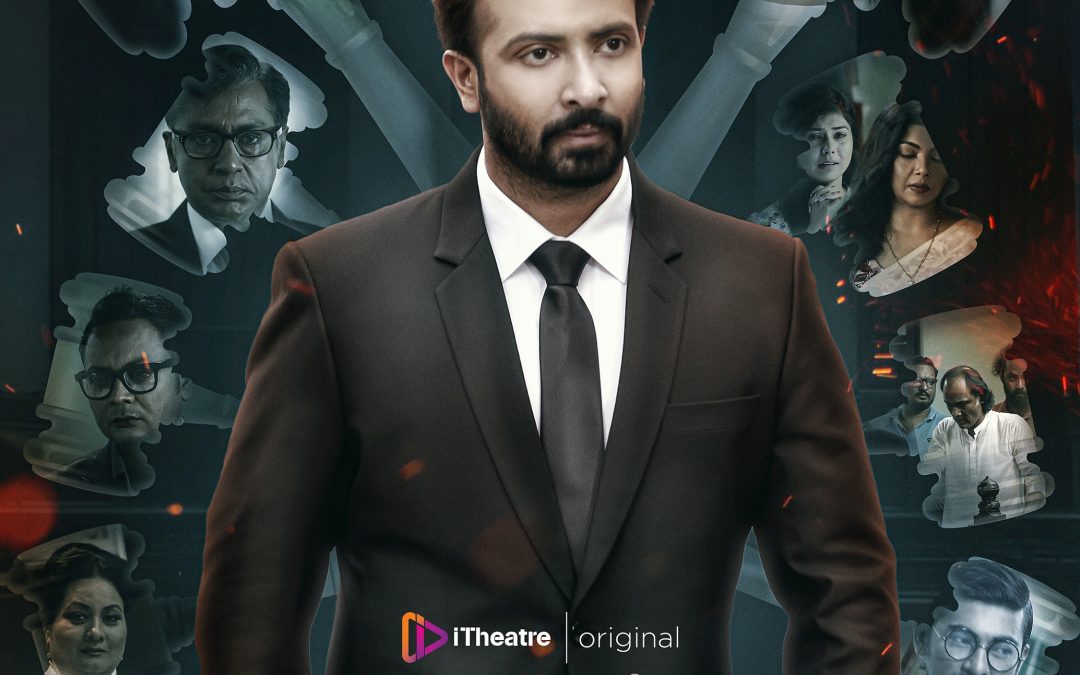 Nabab LLB is the most awaited and big-budget commercial movie of 2020. Theatres closed due to pandemic, Shakib Khan’s fans eagerly waited for this movie. Shakib Khan and Nabab LLB team working in a critical time with a lot of precaution. This movie creates history, the first movie from Bangladesh, which is releasing through OTT platform named iTheatre. Movie’s first chapter released on December 16, 2020, at 8 pm on iTheatre app. This movie produced by Celebrity Production from Bangladesh. Directed by Anonno Mamun, he also wrote the script and a song. 150+ cast & crew working hard to complete the film. This film’s party song and romantic song planned to shoot in the Maldives but failed to execute due to pandemic. Shoot party song with popular dancer Ridy Seikh along with Shakib Khan in the BFDC. Then completed the romantic song with Mahiya Mahi & Shakib Khan in Radisson blu water garden hotel of Dhaka. Film’s trailer releases some days before of the film releasing date of December 16. The trailer was superb and peoples loving Shakib’s look and screenplay. Before trailer title song, Ami Nabab releases and got an average response. This song’s last portion tribute to women was appreciating. Ridy Sheikh’s dance with Shakib Khan in the party song titled Just Chill got immense popularity from audience. This song’s music, lyrics were good along with good choreography. Tune and the 3D dancing portion were nice. Before released we got the romantic song titled Believe me got well appreciation from listeners. This song penned by Anonno Mamun, composed by Dolaan Mainaak and sang by Imran and Konal. Choreography and cinematography were good. First-time Bangladeshi audience watches a film through the streaming application. Other countries viewers saw this film through iTheatre app. Bangladeshi mobile banking services Bkash, Nagad and pay with Visa/Master card options given in the app for ticket purchasing. The ticket price was BDT 99 Taka. Viewers shocked after watching the film because this film’s full version not released on December 16. Makers dividing the film into two parts. Maybe it’s their business strategy or not completing a full-length film on due time. A lot of subscribers raising their voice because of half movie showing. They feel cheated but makers assured no need to cut ticket for chapter 2. Who is buying Nabab LLB’s ticket they can see chapter 2 on January 1, 2021. iTheatre app launching event’s some glimpse given in below:

Shakib Khan played a lawyer’s character named Nabab Chowdhury in this film. Sporshiya played a vital role as Shuvra the victim and Mahiya Mahi’s character as a lawyer. Shahiduzzaman Selim also played lawyer character and his acting was good. Mahi looked cute and decent in saree, her small appearances adding value in this movie. Sporshiya’s character was strong and bold; she was radio jockey, worked in the radio station. Radio station’s owner and his friends did gang rape at night and the victim is Sporshiya. Rashed Mamun Apu is the owner of Radio Station and his big brother is the member of parliament of Bangladesh, Sumon Anower played MP’s character. His acting also impressive with outlook and gesture. MP also tortured his small brother’s wife as domestic violence. Mahi’s father Shahiduzzaman Selim played reputed lawyer’s character who is not losing any case in his career. Sporshiya wants Selim to take her rape case as a lawyer but Selim denied after his daughter’s forcing. Then Shakib Khan took Sporshiya’s case and charged huge money but he is not coming in the court when the hearing begins. Selim took MP’s brother Newaaz Bashar’s case with a huge amount. Sporshiya’s mother was died due to breathing problem or heart attack when neighbours wrongly alleged them for her daughter’s activities. Sporshiya’s fiance supporting her. It is all about chapter 1. Some questions answer suspense will come in the 2nd Chapter. Viewers are waiting for the final chapter. After releasing the first part, Bangladesh Police’s cybercrime unit files a case against the director for some dialogues of the film while police interrogate Sporshiya when she was going to file a case in a police station.